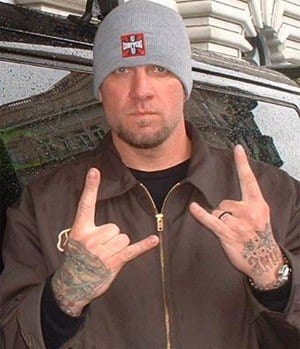 Jesse James finds himself in hot water following remarks about Sandra Bullock, too

Jesse James’ actions lately appear to be reenforcing the public’s rather low opinion of him.

The Washington Post reports that James made an appearance on “American Chopper: The Build Off” this week where he slighted his ex-wife Sandra Bullock.

“I just became like a big shot and married some Hollywood actress and didn’t talk to anybody anymore, so I feel bad,” James said on the show. “I feel obligated to like reconnect with all these people and show them that I’m still the same fabricator motorcycle guy. I’m not what I became.”

In addition to James’ remarks, Fox News reports that James’ Ford GT was found in his neighbor’s yard in Austin, Texas. According to a source, “Rumor has it he wrecked his new Ford GT into the neighbors yard. Apparently there are quite a few accidents on this super twisty lane.”

It is unclear whether James was behind the wheel of the car when it crashed into the yard.

James had been linked to Kat Von D since his split with Sandra Bullock. The two were engaged and then broke up for good, with Von D claiming James had had affairs with 19 women.