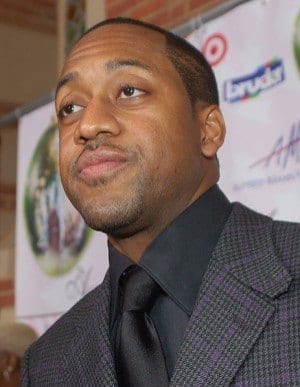 Says he has no regrets

Jaleel White was the sixth contestant to be eliminated from Dancing With The Stars in the season 14 competition last night, and although he is disappointed, he says he gained a lot from the experience.

One lesson Jaleel White learned from his time on DWTS was having “just more patience with myself,” he said. “Trust the Lord above that he put you on a path for you to succeed, that, you know, in five days I can [learn] a dance and present it to America.”

The former Family Matters star spoke with Access Hollywood and Us Weekly about the experience after his elimination. “I made some great friends here, man. This is a fraternity.”

“Believe me, when I go to Miami I’m calling William Levy!”

Jaleel White said he’s not sure if he’ll continue dancing now that he’s off the show. “I don’t know but I’ll definitely tell you this — I definitely wouldn’t shy away from any role or anything that incorporated dance,” he said. “Before, I definitely would have, you know, run to high [ground] for cover.”

Last month, Jaleel White tweeted that he had already lost 13 pounds on the show. “I will be a little sad I’m not going to get up in the morning and go and go train. I want to keep my waistline! I don’t know how I’m going to do that,” he said.

Look for Jaleel White on Syfy, where he’ll be hosting a comedic game show, Total Blackout,  in which contestants battle each other and their fears in a series of challenges.

“I’m really happy people are seeing me in a different light,” he said. “I’ve been stepping out my comfort zone and I’m going to keep on doing it.”