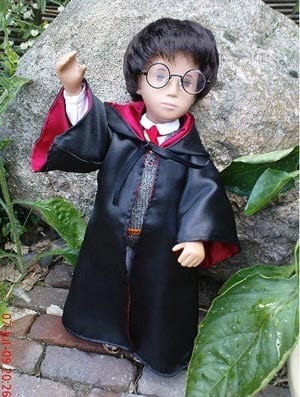 Harry Potter Tour in London sure to be a Success

Now, did your high school look anything like Harry’s? Does your college dorm room resemble Harry’s in any way? Even with new college bedding and a parakeet I still haven’t captured the look myself.

Well it’s no wonder- the Harry Potter Castle is actually a model that was built by Warner Bros not a Scottish boarding school located somewhere north of Edinburgh. The castle is a 50-foot Lego-like masterpiece and it is going up for view this month near London.

The Hogwarts model will be part of the “Making of Harry Potter Tour.” The three hour long tour promises to reveal many of the secrets behind the making of the Harry Potter films. The tour will include interactive games, displays and props used in the original Harry Potter films. Hopefully Dobby will be on display! Tickets must be purchased in advance to take the tour that is located at Warner Bros. Studios, Leavesden a short ways outside of London.

No less than 86 artists and builders designed and built the castle model that is the jewel of the tour. How they ever managed to agree on anything is a magical feat unto itself. The castle went through successive versions throughout the next 7 films and it was used for the castle aerial cinematography. No doubt there will be a new “spot the castle changes” game for all the Pottersville addicts out there. The castle model includes 2,500 working fibre optic lights and attention to the smallest details. For example, there are even small owls located in the Owlery.

In addition to the castle, visitors get to walk into the Great Hall, explore Dumbledore’s office and weave down Diagon Alley. Gringott’s Bank and Hagrid’s Hut are also on display. Now how is Olympic rowing going to compete with this? Best guess, Harry’s Castle becomes the #1 most visited venue this summer in Olympic London!