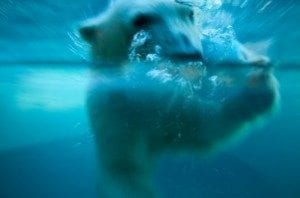 Frozen Planet will soon join the ranks of Discovery Channels thrilling wildlife series. Frozen Planet was filmed much like Planet Earth and Blue Planet; panoramic shots of beautiful wildlife, multi-angle shots of territory battles and, of course, a celebrity narrator. Alec Baldwin debuted his narrator skills in last night’s episodes, “The Ends of the Earth” and “Spring.” These two Frozen Planet episodes will be followed in subsequent weeks by “Summer” and “Winter”. The series finale, “On Thin Ice,” will be on April 15 and will examine how climate change can affect both the poles as well as the rest of the planet.

Frozen Planet will also debut a behind-the-scenes episode on April 8 that will show how equipment can work in frigid temperatures as well as conditions the crew had to work under. The filmmakers took a cinematic approach in making Frozen Planet; CS Monitor reported that they planned “multi-angle coverage of action they hoped would unfold.” Alastair Fothergill, a producer of Frozen Planet, said, “We were very keen to storyboard the sequences beforehand. Then, when we got on location, we would sit down and say, ‘Have we got all the angles? Let’s work it all out. Not surprisingly, in order for Frozen Planet to come into being, a load of hard work and sacrificing of comfort. CS Monitor gave staggering statistics: “four years in production, 39 camera persons, 2,356 days in the field, 1.5 years at sea and 840 hours trapped in blizzards.

Frozen Planet makers suffer through the horrible conditions out of love. They feel that filming these wildernesses will help in protecting them. Fothergill said, “The structure of our series is to show the places. Then we engage in the animals’ drama and lives. Then we show a bit of how we went about making the series. Then we let viewers learn about the environmental reality of it all in an objective, nonsensational, nonjudgmental way.” Another Frozen Planet producer, Vanessa Berlowitz added, “Our goal is to do films that make people fall in love with the animals and places. What we want is for people to love them.”