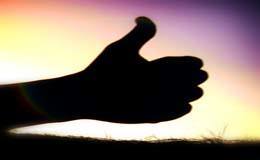 One of these could be your perfect guy

The college years don’t often serve the most savory of men. It can be tough to pick out who’s worthwhile and who’s not. Read on for five types of guys that are worth your time:

1.) The guy from the other side. One of the upsides of entering the college dating scene is that you’ll meet people from totally different backgrounds that you didn’t have the chance to meet in your hometown. If you’re a small-town kind of girl, dating a guy from the Big Apple can be so rewarding. International students, home-schooled guys (yes, I’m serious), guys with radically different musical taste or even that guy from the stuffy exclusive neighborhood, have a unique perspective and that difference between the two of you can actually help you grow. Embrace your differences! HealthGuidance.org says that “to avoid a cross-cultural relationship because of the differences you will have then is really folly, as all these problems are still going to come up in a relationship with someone from a similar background.” There’s something electrifying about connecting with someone that’s so unlike you. The point is that guys like these are novelties, and have the potential to be gems.

2.) The guy who’s ready to commit. This guy introduces you to all of his friends and is eager to go Facebook official with you. While all of this commitment stuff might freak you out at the beginning, this guy offers something that every good relationship needs: stability. His enthusiasm for committing to you will translate to him being there to fix your door’s lock when it breaks, calling you consistently , and giving you a stable shoulder to lean on. You should be flattered by the pride he takes in showing you off and jump at the opportunity.

3.) Mr. Driven. He knows exactly what he wants out of life and he’s going for it, full-speed ahead, while his buddies sit back and watch football. Authentic ambition doesn’t fade from a person’s character so you can expect this guy to be as serious and goal-oriented about everything in his life—could it be you? If Mr. Driven wants you, you’ll know it. As an added bonus, in a few years he’ll be one of those sexy businessmen in a suit.

4.) Your BFF. So… you’ve had this guy friend for years. He’s seen you cry over countless jerks and maybe he’s seen you doing something really unattractive, like clipping your toenails. Don’t write him off! The fear of ruining the friendship might be on the forefront of your mind, but don’t let that fear keep you from someone that makes you happy. “Being friends already, you guys have spent enough time with each other to know each other’s strength and weaknesses,” says the Examiner. Think about it. You get along great, your parents love him and he knows you inside and out. Not to be cheesy, but doesn’t true love stem from a solid friendship?