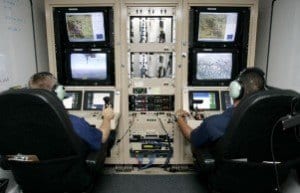 Drones being downed them like ducks in a prospective protective sport

Drones could be game for guns in Deer Trail, Colorado.

Deer Trail, a small town with a population of 559 as of 2011, is considering an ordinance that would create a license and bounty for hunters who shoot down drones.

Deer Trail resident Philip Steel has drafted the proposed ordinance, which calls for a $25 drone hunting license and outlines “rules of engagement” for hunters itching to down unmanned, aerial surveillance vehicles.

“We do not want drones in town,” said Philip Steel, the resident who drafted the ordinance to Denver’s ABC 7 affiliate. “They fly in town, they get shot down.”

Deer Trail would, according to the proposal, issue a $100 reward to any person who presents a valid hunting license and provides identifiable parts of a drone whose markings and configuration align with similar aircraft known to be maintained by the federal government of the U.S.

Drones have not been seen by Steel flying over Deer Trail, but Steel says the ordinance is a “symbolic” idea.

“I do not believe in the idea of a surveillance society, and I believe we are headed that way,” he added.

Of the drone license, Steel says, “They’ll sell like hotcakes. It could be a huge moneymaker for the town.”

“Even if a tiny percentage of people get online (for a) for a drone license, that’s cool,” Boyd said. “That’s a lot of money to a small town like us. Could be known for it as well, which probably might be a mixed blessing, but what the heck.”

Deer Field—which claims to be home to “the world’s first rodeo”—is even thinking of hosting the world’s first drone hunt, which town clerk Kim Oldfield describes as, “A skeet, fun-filled festival.”

Deer Field’s board will consider the drone hunting ordinance on August 6.