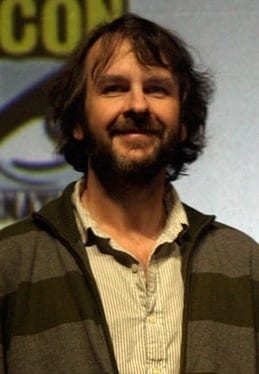 Director Peter Jackson said Friday that he was working with a high-profile former American death row inmate in the hopes of getting the man a complete pardon.

Jackson said that after receiving an exemption to New Zealand law, he allowed Damien Echols to visit him. Echols was part of a group named the West Memphis Three that was convicted of killing three young boys in Arkansas in 1993. All three men were released in August after pleading guilty to lesser charges. All men insist they are innocent.

Jackson stood with New Zealand Prime Minister John Key at a news conference Friday at the North Island set where Jackson is filming a two-part version of “The Lord of the Rings” prequel, “The Hobbit.” The director said that he had gone through the same process open to everyone in applying for an exemption to immigration laws.

“There are all sorts of emotive headlines about Damien Echols, killer, coming to New Zealand, but the reality is that Damien Echols is an innocent man who has spent 18 years incarcerated in a tiny cell,” Jackson said.

Jackson told reporter he and his partner Fran Walsh had worked for seven or eight years to try and help free Echols, the Associated Press reported. Jackson assured that Echols was not taking part in work on “The Hobbit.”

Echols, one of the highest-profile death row inmates to be released in the U.S., has received national attention because of his case. He has had three HBO documentaries made about his case and has had the aide of several celebrities, including Pearl Jam frontman Eddie Vedder.