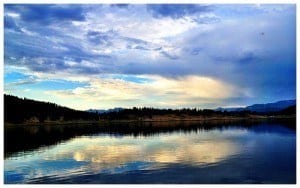 Seven-year-old recovers in Denver after contracting the bubonic plague

Sierra Jane Downing is recovering in the Rocky Mountain Hospital for Children after coming face-to-face with a rare disease—the bubonic plague. According to the hospital, this is the first confirmed case of the bubonic plague in Colorado since 2006.

Sierra was camping with her family in Pagosa Springs, CO when she came across a dead squirrel which she attempted to bury. Hospital spokeswoman, Angie Anania, said “She never touched the squirrel, but laid her jacket next to the dead squirrel, and the fleas looking for a new host might have jumped onto the jacket.”

Doctors found several insect bites on her torso after Sierra had tied her jacket around her waist. These events led doctors to believe that the disease came from her encounter with the dead animal.

Sierra Jane Downing and her family thought her symptoms were merely a case of the flu. However, when Sierra’s fever reached 107 degrees and she began having seizures, she was rushed to a hospital. She also complained of severe leg pain which was due to swollen lymph nodes in her groin.

Her father, Sean Downing, said “I didn’t know what was going on. I just reacted. I thought she died.” Little did he know that his daughter was suffering from a rare disease, also known as the “Black Death” that wiped out a third of Europe in the 14th century.

The bubonic plague is normally transmitted to humans through the bites of infected fleas or through direct contact with infected animals such as rodents, rabbits and pets.

Sierra has been placed on a special antibiotic regimen to fight the disease. According to the hospital, she may be discharged in a week.