Stephanie is the Associate Board Chairman of the Chicago Journalists Association and a freelance journalist in the Windy City. With a background in Journalism and Communication and Media Studies from DePaul University, her work has appeared in various publications, including Concierge Preferred Magazine and the Chicago Tribune. When she is not writing, you can find her sampling new bites around the city, watching reruns of "The Big Bang Theory" and searching for the next story. 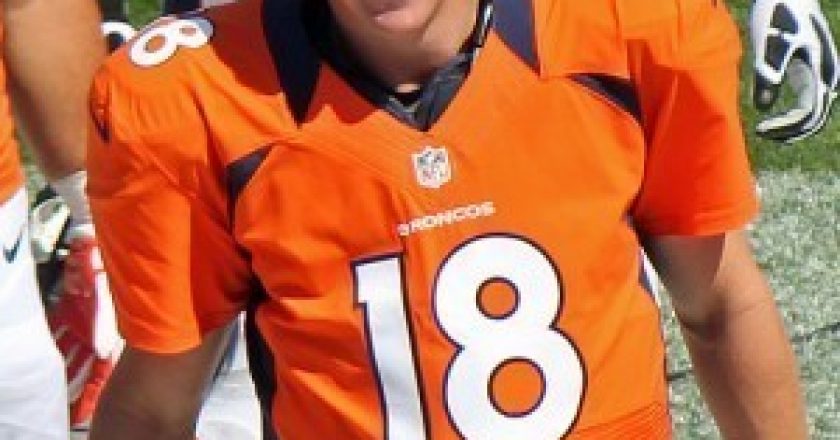 While bringing his team to a victory in Sunday’s AFC Championship game against the New England Patriots, Peyton Manning also earned his charity nearly $25,000 by simply yelling the word “Omaha.”

Eight Nebraskan businesses, including Omaha Steaks and Mutual of Omaha, agreed to donate a combined $800 every time Manning uttered “Omaha” at the line of scrimmage. By the end of the game, he mentioned the word 31 times, which sponsorship evaluation firm Front Row Analytics estimated as generating an equivalent of $4.6 million dollars in advertising for the city.

Despite the recent Omaha plant explosion that has killed two people and injured at least 10 more, Peyton Manning’s citing of the word is completely unrelated. In fact, he shouted the same word a total of 44 times during last week’s San Diego Chargers game.

So, what does Omaha mean in the world of football? Although it could possess several definitions and vary for each play, Omaha usually informs a team’s offense that the ball will be snapped on the very next sound.

Now with the Denver Broncos heading to the Super Bowl, viewers can expect to hear many more “Omahas” in the coming weeks.

Peyton Manning is president of the Peyback Foundation, which he founded in 1999. The charity strives to promote success among disadvantaged children by helping programs that promote leadership and growth. In 2012, the Peyback Foundation raised $1.6 million and donated thousands of dollars to youth groups in Louisiana, Tennessee and Indiana.